My friend and colleague Rémi Bolduc might be the hardest-working musician that I know. His dedication and commitment to his craft are second to none and this is apparent when you hear him play. For the past few years Rémi … Read More

I must have listened to the Tenor Madness recording a thousand times; it’s the only time that Sonny and Trane recorded together. Here is an interesting short documentary that I came across recently that … Read More

In the last couple of months I have been enjoying some great educational posts by a few saxophonists/teachers for whom I have a great deal of respect. I have done a lot of teaching over the years and, for the … Read More

Back when I was 16 I went up to the Banff Centre for the summer jazz workshop. That was the first time I ever met Don Thompson, as well as Kenny Wheeler and Dave Holland. Over the years I have … Read More

Inspiration from a master

I had the pleasure of spending some time with Lee Konitz at the Banff Centre in 1982. I was too young (16) to really appreciate the depth of his offerings, but enjoyed it immensely  nonetheless. The first time that the … Read More

Focus your progress with SMART objectives – By Pat MacGibbon

“Our goals can only be reached through a vehicle of a plan, in which we must fervently believe, and upon which we must vigorously act. There is no other route to success.” -Pablo Picasso

If you want to improve musically, … Read More

Pursuant to the last post, and the “do as I do, not as I say” one here is a final thought. I used material by Sonny Rollins, Bud Powell, and Freddie Hubbard in those two posts. I also used the … Read More

A while back I posted on a particular Sonny Rollins phrase and how it related to my approach for developing technique, style, and vocabulary. A few further thoughts on that topic. If you want to be an improvisor … Read More

Back when I was about 16 I used to go to Vancouver and hang out with some of the players who were making there mark on the professional scene there. Perry White, Patric Caird, Tom Keenlyside (who was more established) … Read More 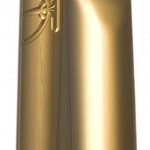