Back when I was 16 I went up to the Banff Centre for the summer jazz workshop. That was the first time I ever met Don Thompson, as well as Kenny Wheeler and Dave Holland. Over the years I have the chance to play with Dave on a couple of occasions and with Kenny fairly often. Don and I on the other hand, almost from the time we met, formed a pretty special bond that has been central to my life for the last 35 years or so.

My formal study with Don was minimal, my informal study intensive and ongoing. Don epitomizes the idea of complete devotion to learning and practicing the craft of music. Much has been made of his ability to play piano, bass and vibes with equally remarkable skill, and this is certainly not something to be undersold. For me though it is more about his complete immersion in the musical process and how, despite being at the top of the game for a long time, he is constantly looking to improve and refine his skills. That is pretty inspiring. Don stayed at my house for a week once and practiced Young And Foolish every day for about 2 or 3 hours. Unreal.

We have played together in pretty much every format from duos up to orchestra. Lots of amazing gigs with Kenny Wheeler over the years. Once particularly, for me, amazing night in Toronto with John Handy, Dave Holland, Terry Clarke and Jim Hall. Not sure what I was doing there but I’ll take it!! Here is a track from a recording that I did with Don’s quartet. It won a Juno when it came out…around 2005 I think.

Don and I used to teach at a cool summer camp in Victoria…he also taught at my PDAMCA camp several times. Anyway, he used to hand out this “things you really have to know” sheet and I always thought it was pretty cool. Take a look and, as always, take the time to really consider what he is saying and play through the examples. 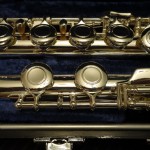 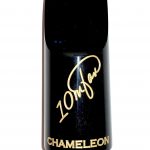