Back when I was in about grade 9 in high school I discovered the music of Woody Shaw. He made a record on the Columbia label called Woody III which spent a lot of time listening to. One of my favourite tracks was a tune called Organ Grinder, which featured a great band consisting of George Cables, Victor Lewis and Buster Williams. The rest of the album was great too, but I think this tune stuck with me because in the intervening years I have played it a few times, mostly with Ingrid Jensen. Actually, way back in the day I gave Ingrid her first Woody Shaw album, which I’m pretty sure she listened to because I can hear some Woody in her playing (along with a lot of Ingrid Jensen!). Anyway you can take a listen here.

That album was released in 1979, and around that time Woody was on tour a lot with his working band. I found a video of a complete concert they did in France that year. Here it is. Woody is KILLING!! Also, Woody’s front line partner, Carter Jefferson, is a monster. These guys were definitely going for it and you can tell that the band was road-seasoned.

The reason I got on this trip down memory lane was because I came across a website where there was some interesting analysis of Woody’s approach. Check it out…but only after you have listened to the music a bunch of times!!! Solo analysis is cool, but it’s way more important to get the sound of the music embedded in your musical brain first. Anyway, there are some good ideas about approaching “outside” playing through the use of “side-slipping” pentatonics etc.

Finally, apropos of none of the above, but just because it came up on YouTube after the Woody Organ Grinder track…check out Eternal Triangle with the 2 Sonnys (Stitt and Rollins) playing with Dizzy Gillespie. Bebop master-class to the nth degree. 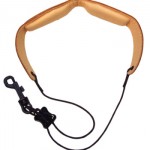 We are very pleased to be the Canadian distributor for the original Cebulla saxophone neck straps. 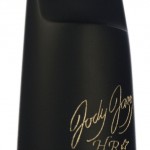 The HR* produces a beautiful warm sound with free blowing ease. This Hard Rubber Mouthpiece features a round, medium chamber.