Home / Education / Do as I do, not as I say…Phil Dwyer

A lot of times when I’m teaching I find myself expounding on things which don’t necessarily reflect how I approach music or my general philosophy. An example would be teaching someone scale theory, or modes (although I rarely mention the latter unless it’s in the context of something to put on ice cream). That’s all well and good, but teaching someone the ‘bebop’ scale is somewhat akin to handing a medical student a scalpel and saying, “here, we use these…have at ‘er.” The resulting butchery in medicine and music is likely to be similar, albeit with varying degrees of danger to the patient. I think part of the reason for defaulting to this approach is that I find it really hard to quantify how I learned things. Over the next little while I am going to try and decode it a bit, if only for my own edification.

I was never much of a theory guy when I was learning – at least not in terms of how much time I spent thinking about theory relative to the amount of time I spent playing. However, one thing that I did find very helpful over the years was to extract short motifs from recordings and use them as the basis for my practice. I think the reason I was attracted to this method is that I would get the dual benefit of improving my technique and, by emulating the phrasing, articulation, etc., from the recording I would improve my time feel and other conceptual aspects of the improvisational process.

I was pondering this the other day while I was playing my horn and just kind of randomly started playing this particular phrase that I learned from a record called The Sound of Sonny (Sonny being Sonny Rollins). The tune was a kind of a silly tune called Toot Toot Tootsie but as usual Sonny made the most of it. Near the end, after the piano solo there is a solo break where Sonny modulates up 3 semitones with a repeated phrase going up chromatically, with the last phrase leading beautifully into the top of chorus. Here is it is.

I’m not even sure this is 100% accurate, but that’s not even the point exactly. It’s certainly close enough to get the benefits. If you took this 12 bars of music, played it along with the recording many times until you had it embedded in your brain, and then worked it through a bunch of different keys then you would really done something of value to your saxophone playing and overall musicianship. More on this later, but for now I have to get back to studying legal cases! Best, Phil Dwyer 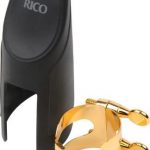 For a powerful, husky, effortless playing experience, we invite you to try the DV CHI.