Our first guest post is from SeaWind artist Pat MacGibbon. Pat is an award-winning jazz saxophonist who graduated with honours from the Humber College music program in Toronto, Ontario. He is the author of Rethink the Woodshed: New Rules of Practice, and served for two years as the program director for the Comox Valley Youth Music Centre (CYMC) “Island Jazz” summer program. Pat has learned from and appeared on stage with some of the world’s finest musicians including Grammy award-winning saxophonist Branford Marsalis, award-winning vocalist Dee Daniels, vocal sensation Sunny Wilkinson, and Vancouver-based rock band Bend Sinister.
Pat MacGibbon plays a SeaWind Phil Dwyer edition tenor saxophone.

While I was attending Toronto’s Humber College, I had a private lesson with saxophonist Branford Marsalis while he was in town for a pair of concerts with his iconic quartet. In preparation for the lesson, he told me to transcribe a solo from the album Lester Young Trio. I learned the Lester Young solo from a blues tune called Back to the Land, and I came away from the lesson with ideas and exercises that still influence the way I play and teach to this day.
However, the true lesson for me occurred during one of the evening concerts. The band played an old jazz standard that they had lifted from the radio, and during his solo, Branford played like a carbon copy of Lester Young! He wasn’t playing a solo that he’d transcribed; he was improvising in the style of Lester Young. I was able to discern it because I had been studying Lester’s music, and I understood the point immediately: You have to study your history.
The “Complete” Musician
The reality is that achieving musical mastery involves a lot of aural research and emulation. This will not inhibit your unique musical voice; it will enhance it. What kind of aural research does your chosen musical style demand of you? If such a thing existed, the “complete” musician would be someone who has studied the music of the all the masters in his or her chosen style and beyond.
If you play jazz, have you pored over the music of people like Louis Armstrong, Duke Ellington, Charlie Parker, and Miles Davis (to name only a few)? Have you ventured outside the borders of your chosen style to learn about other genres as well? Mozart said, “There is scarcely a famous master in music whose works I have not frequently and diligently studied” (Kerst 6). Can you say the same?
I’m going to introduce you to a simple strategy that will help you to amp up your listening regimen and enable you to get away from listening merely to satisfy your own musical curiosity. It will open your ears to new ways of playing, and will enable you to see yourself as more than just a single artist standing alone in the vast world of music, hoping somehow to make your contribution. You’ll begin to see yourself as a small but vital part of a great musical lineage, and that will propel you forward with an unparalleled sense of purpose and momentum.
Listening Ladders
Start by writing down the name of someone in your genre whom you admire and consider to be fairly modern. Then, search the web to come up with the name of one older musician who had a profound influence upon that player. Even if you can do this in your head, don’t skip the Internet search, because it might unearth some unexpected information. Once you’ve identified your second name, write it down as well.
Use the same process to identify a major influence for the second musician that you identified, and then write his or her name down, too. You now should have the names of three musicians on your list, each of whom represents a different era in your genre’s history.
Now, create a playlist that includes an equal spread of music from all three names on your list. You’ve just created a listening ladder that covers three major eras in the history of your chosen style. You’ve taken steps to reach back to the younger years of your art form, which is something that many musicians neglect to do.
Here’s an example: Let’s choose John Coltrane as our first musician. An Internet search will reveal that Coltrane’s first major influence was not Charlie Parker, as you might expect, but Johnny Hodges from the Duke Ellington Orchestra. So, he’ll be the second name on our list. If we go one step further and research Johnny Hodges, we’ll find that he studied with the great clarinetist and soprano saxophonist Sidney Bechet. He’ll be our third name.
Now we have three names on our list: John Coltrane, Johnny Hodges, and Sidney Bechet. We also could go the more conventional route by tracing John Coltrane back to Charlie Parker, and Charlie Parker back to Lester Young. There are many options for each player.
In any case, once you have a playlist, listen to it regularly. Learn the music. Transcribe the solos, or even just parts of them. Emulate the styles of the musicians, and do as much of it by ear as you can. That way, you’ll pick up on the stylistic nuances that are unique to each player and the historical period in which he or she lived. Can you hear common threads that connect these musicians across eras? How are they the same? How are they different?
This is not a one-time exercise. You need to make many listening ladders to ensure that you’re absorbing an even spread of music from all across the tradition of your chosen style and beyond, and you always should seek out unfamiliar names to include in your playlists.
Why don’t you create one right now? Come up with three names for your first listening ladder and then leave them in a comment below!

All the best,
Pat MacGibbon

Works Cited:
Kerst, Friedrich, ed. Mozart: the man and the artist revealed in his own words. Dover Publications, 1965. 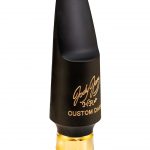 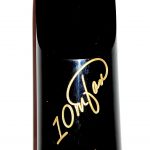